The Miller County Office of Emergency Management coordinates all resources associated with disasters that occur within Miller County. OEM is responsible for disaster drills throughout the year with county and city first responders. OEM implements a current county wide Emergency Operations Plan and general planning between the different disciplines that respond to a disaster or emergency situation in Miller County.

The Cities of Texarkana, Bowie County, and Miller County have instituted the CodeRED Emergency Notification System – an ultra high-speed telephone communication service for emergency notifications. This system allows us to telephone all or targeted areas of the city or county in case of an emergency situation that requires immediate action (such as a boil-water notice, missing child or evacuation notices). The system is capable of dialing 60,000 phone numbers per hour. It then delivers our recorded message to a live person or an answering machine, making three attempts to connect to any number.

THIS SYSTEM WILL ONLY BE USED FOR EMERGENCY PURPOSES

The CodeRed™ system provides residents with free weather warning information and allows emergency officials with the ability to provide pre-recorded emergency telephone notification/information messages to targeted areas or the entire county. Residents and businesses located within the county are encouraged to sign up for CodeRed™ to be sure they receive timely emergency notifications, weather warnings, and other information when alerts are issued.

The Community Emergency Response Team (CERT) Program educates people about disaster preparedness for hazards that may impact their area and trains them in basic disaster response skills, such as fire safety, light search and rescue, team organization, and disaster medical operations. Using the training learned in the classroom and during exercises, CERT members can assist others in their neighborhood or workplace following an event when professional responders are not immediately available to help. CERT members also are encouraged to support emergency response agencies by taking a more active role in emergency preparedness projects in their community.

If you are interested in becoming a CERT member, contact Miller County OEM at 903-2934161. Or you may click on the CERT link below, fill out an application, and mail it to the Office of Emergency Management.

Thunderstorms can produce heavy rain, strong winds, lightning, hail and tornadoes. You may need to respond promptly to one of these threats posed by a storm in your area.

The National Weather Service, in cooperation with the broadcast media and your local spotter system, will provide you with the warnings you need to quickly respond. If you listen to the media, you will know when a storm is approaching your area and you will know if you need to take protective action.

A Severe Thunderstorm Watch means conditions are right for the development of storms. Stay tuned to the media for further advisories.

A Severe Thunderstorm Warning means a storm is probable in the warned area and residents there should be prepared to take cover. Don’t wait until an emergency siren sounds to start looking for flashlights and other things. Plan ahead!

When severe storms threaten, keep alert. Stay tuned to the media for current information. Know where to find shelter. Pick the safest spot. Make sure the entire family knows where to go – at home, at work, in school, at the mall – anywhere they might be when the storms strike. Avoid traveling. If you live in a mobile home, you should make sure the mobile home is securely anchored. During storm warnings, you should seek more secure cover and have a plan that includes abandoning your mobile home.

Lightning kills between 75 and 100 people nationwide annually. During thunderstorms, stay inside. If you are outdoors, an automobile is a safe place to be.

Indoors, keep away from doors, windows, stoves, sinks, metal pipes, or other conductors. Don’t use the telephone. Disconnect electrical appliances such as TVs and radios.

Outdoors, minimize your height but don’t lie flat. Do not take shelter under a tree. Stay away from wire fences or other metallic conductors. Avoid standing in small sheds in open areas. Tornadoes are the most destructive and devastating product of a thunderstorm. These violent “twisters”, are characterized by a twisting, funnel-shaped cloud, which forms from the bottom of a wall cloud and touches the ground. Tornadoes are often accompanied by lightning, heavy rain and hail.

A Tornado Watch is issued when conditions are favorable for tornadoes to develop. Be prepared to take action.

A Tornado Warning is issued when radar indicates a tornado, or a funnel cloud has been sighted. Seek shelter immediately.

In an average year, the United States reports 800 tornadoes Resulting in 80 deaths and 1,500 Injuries. While they can occur all year, They are most common during the Spring in the Great Plains, where they develop along “drylines”, which separate very warm, moist air to the east from hot, dry air to the west. Tornado producing thunderstorms may form as the dryline moves east during the afternoon hours.

The safest place to be when a tornado strikes is in a basement under something sturdy like a workbench. If your house does not have a basement, seek shelter in a small room in the middle of the house. A closet or a bathroom is best. The more walls between you and the approaching storm, the better. Have a portable radio and flashlight handy to take with you.

If you live in a mobile home, even those with tie downs, seek more sturdy shelter. Go to a prearranged location like a neighbor’s house or a nearby structure with a basement. As a last resort, go outside and lie flat on the ground with your hands over your head and neck.

In an automobile, never try to outrun a tornado. Tornadoes create flying debris that cause severe injury. Get out of your vehicle and seek a safe structure or lie down in a low area with your hands covering the back of your head and neck. Keep alert for flash floods.

At work or school know that emergency shelter plans. If no specific plans exist, go to an interior hallway or small room on the building’s lowest level. Avoid areas with glass and wide, free span roofs. In a store or shopping mall, if you can’t get to a basement or designated shelter, go to the center of the lowest level of the building. Avoid windows and lie flat. Cover yourself with any sturdy object.

What to do Before a Tornado
Be alert to changing weather conditions.

If you see approaching storms or any of the danger signs, be prepared to take shelter immediately.

What to do During a Tornado
If you are under a tornado warning, seek shelter immediately!

Floods kill more people on average than tornadoes and lightning combined and most flood deaths are due to flash floods. Flash floods are often the result of heavy rains associated with severe thunderstorms. You will not always have a warning that these deadly, sudden floods are coming.

When a Flash Flood Watch is issued, be alert and be ready to evacuate on a moment’s notice.

When a Flash Flood Warning is issued, or the moment you realize a flash flood is imminent, act quickly to save yourself. You may only have seconds!

Nearly half of all flash flood fatalities are auto related. In your automobile, look out for flooding at highway dips, bridges, and low areas. Do not drive through flowing water. A mere two feet of water will carry away most automobiles.

Severe weather can present serious hazards. Establishing a good plan today and being aware of watches and warnings for your area will allow you to make timely and safe decisions.

Some 20,000 communities across the United States and its territories participate in the National Flood Insurance Program (NFIP) by adopting and enforcing floodplain management ordinances to reduce flood damage. In exchange, the NFIP makes federally-backed flood insurance available to homeowners, renters, and business owners in these communities. Community participation in the NFIP is voluntary.

Flood insurance is designed to provide an alternative to disaster assistance to reduce the escalating costs of repairing damage to buildings and their contents caused by floods. Flood damage is reduced by nearly $1 billion each year through communities implementing sound floodplain management requirements and property owners purchasing flood insurance.

Unfortunately, it’s often after a flood that many people discover that their homeowner or business property insurance policies do not cover flood damages. Approximately 25% of all flood damages occur in low risk zones, commonly described as being “outside the mapped flood zone.”

The Arkansas Natural Resources Commission urges you to protect you financial future by getting a flood insurance policy. Learn more at www.floodsmart.gov . To purchase a policy, call your insurance agent. To get the name of an agent in your community, call the NFIP’s toll free number, 1-(888)356-6329.

When property owners receive financial assistance from the Federal Government following a presidentially declared disaster, they may be required to purchase flood insurance coverage. This requirement is mandated under the National Flood Insurance Reform Act of 1994. It is imposed when a building has been damaged and is located in an area that is at high risk of flooding. These high-risk areas are called Special Flood Hazard Areas (SFHAs).

Floods are one of the most common hazards in the United States. Flood effects can be local, impacting a neighborhood or community, or very large, affecting entire river basins and multiple states.

However, all floods are not alike. Some floods develop slowly, sometimes over a period of days. But flash floods can develop quickly, sometimes in just a few minutes and without any visible signs of rain. Flash floods often have a dangerous wall of roaring water that carries rocks, mud, and other debris and can sweep away most things in its path. Overland flooding occurs outside a defined river or stream, such as when a levee is breached, but still can be destructive. Flooding can also occur when a dam breaks, producing effects similar to flash floods.

Be aware of flood hazards no matter where you live, but especially if you live in a low-lying area, near water or downstream from a dam. Even very small streams, gullies, creeks, culverts, dry stream beds, or low-lying ground that appears harmless in dry weather can flood. Every state is at risk from this hazard.

To prepare for a flood,, you should:

If you must prepare to evacuate, you should do the following:

If you have to leave your home, remember these evacuation tips:

The following are important points to remember when driving in flood conditions:

After a Flood
The following are guidelines for the period following a flood: 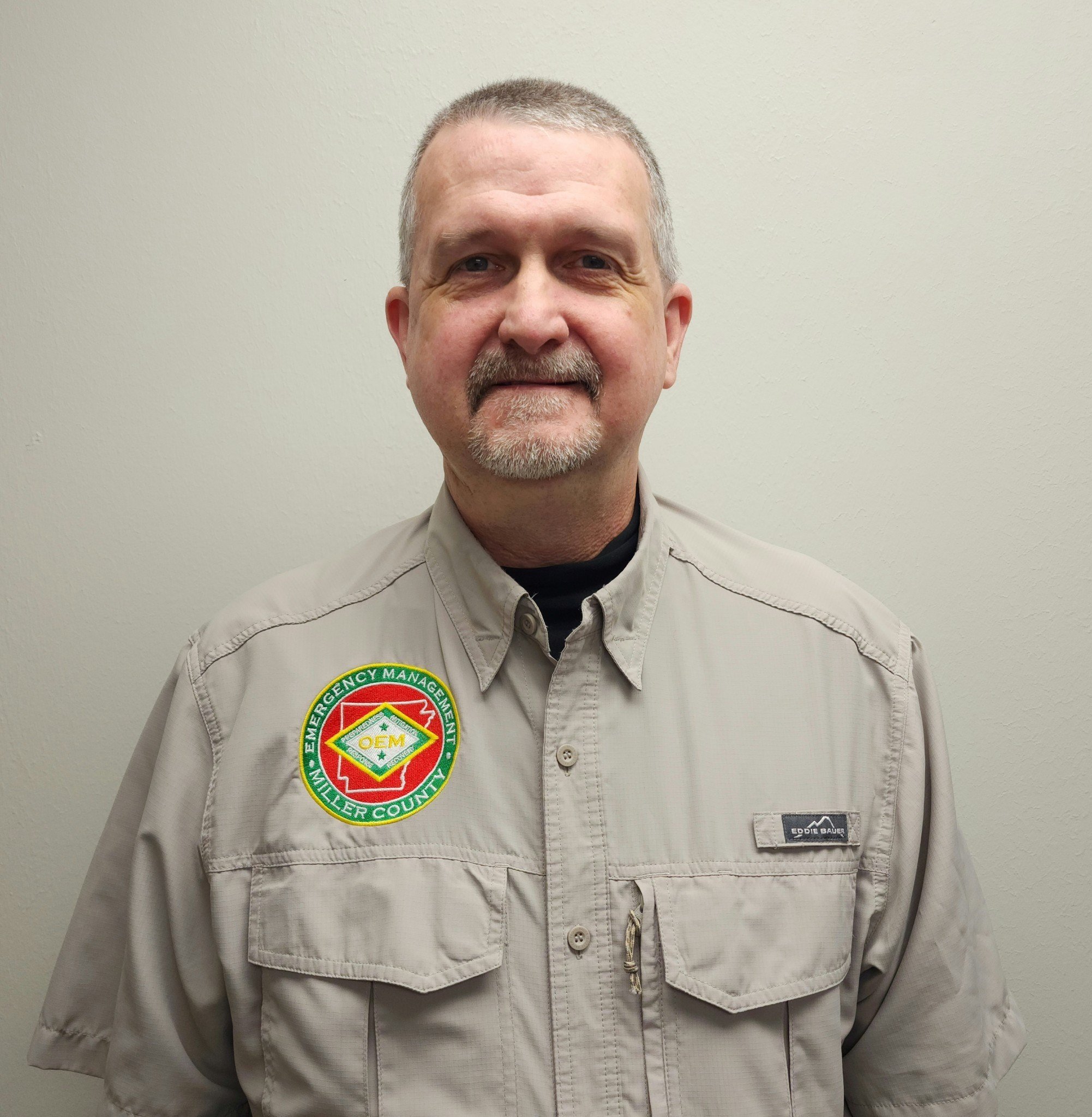